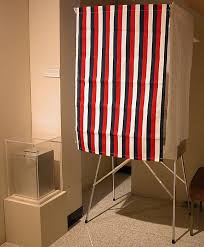 The time is near. I’ve watched some of the debates just like you and issues are flying all around. The economy gets the most press, and of course, it is a mess. If you are a Christian like me, would you call the economy the biggest issue? Not me. Ridiculous economic issues usually carry economic consequences, and though I wouldn’t like them any better than you, they only affect the quality of life and not life itself.

I bet you guess since I am Christian that I will say abortion. Though that is a monumental issue, and I can imagine the blood of those precious souls crying out to a God listening very carefully, if you understand the setup of our government, you realize how little influence a President really has on that issue. I assure if a President could stop abortion, Ronald Reagan would have done it in the 1980s.

The first issue for me is our relationship with Israel. A few Christians talk about it as an afterthought when they have made every zinger they can about the economy. I see this as bigger than the economy and the consequences are far beyond the quality of life. History has shown that when the Lord said of Israel that “I will bless them that bless thee, and curse them who curse thee” that He really meant it. That is one issue that we don’t want to be on the wrong side of as a country.

Iran getting a nuclear weapon, a weapon controlled by hate-filled lunatics, may very well be the biggest threat Israel has ever known. While I know that the Lord can protect Israel without our help, how could we possibly “curse” her more than failing her at the crisis hour? That describes an enemy far more than a friend, I’d say. We have enjoyed blessings more than we could ever calculate for our friendship. Without the Lord’s blessing, the best economic policies in the world won’t stop our quick and thorough decline.

The other big issue, to my mind, is religious freedom. I say that particularly to my fellow Christians. Religious freedom is pretty strong for others, but for us it is in jeopardy. The only banned words I have heard so far in public prayers opening Congress or other such things are “in Jesus’ name.” Policies to stop Christian pulpits from speaking the Biblical position on issues like gay marriage are being pushed while the government seeks ways to violate our Constitution to honor Sharia Law. If you are a Christian who says you will follow Christ no matter what happens, what could be bigger than that? Real persecution could come our way as it has so many times in other places!

I agree we have some of the most absurd economic policies in our nation’s history, but let’s pray, vote, and speak up where the silence is deafening, on what are really the two biggest issues of our upcoming presidential election.

3 thoughts on “The Two Biggest, Seldom-Mentioned Issues Of The Presidential Election”