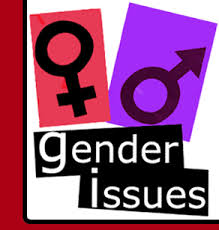 Have you heard the news lately? In a barrage of negative cultural news, two cases involving gender issues jump off the page. One is a high-profile military case where one court-martialed soldier upon receiving sentence decided that he is actually a woman and should be sent to a woman’s correctional facility. The other situation involves public schools in the state of California. Their state government decided that children should be allowed to go to the bathroom of the sex they feel like at the time.

Just think, our country is growing to believe that our sex is not determined by the biological makeup given to us by our Creator. O for the good old days when a one-second glance at birth told us all we would ever need to know about what sex you are!

Of course this comes from radical homosexual lobbying groups, but their inroads into changing our culture are extraordinary. Americans, in greater and growing numbers, are buying into their propaganda. From a Christian perspective, this is really simple. God made them (us) male and female. He never mentioned that He would allow men to be trapped in women’s bodies, nor women in men’s. That is not to say that the Lord didn’t recognize the existence of homosexuality. He talked about it, and a Christian is left with no other choice but to consider it a sin as His Word so specifically says. It is not a sin where we hate the perpetrators, but like many other things, it is sin. A Christian must begin here.

In the case of the soldier, my first thought is how easy it may become to manipulate the system. Maybe he really feels that he is now a women, but maybe not. Could it be that if you faced years of incarceration you might prefer a more cushy women’s facility? If you were secretly what you always were (a man), could the thought of spending the years ahead with women be a plus? With the track our society is on, and the fact that free speech is less and less allowed on this subject, why not try it? I mean if Matt Laurer of the Today Show starts calling you by your new female name, who is going to risk the backlash of political correctness to call the soldier out? Of course I do not know how he really feels, but people are going to start manipulating the system. I also know that he is man in any event, and that should be enough to settle the issue, and that a man should not be allowed in a women’s facility for the protection of women from male predators.

The case of California public schools is even more horrific. This thought of going to the bathroom of which gender I feel I am rather than which sex I know I am is a minefield of abuse waiting to happen. Surely someone would have enough sense to realize that many red-blooded boys are going to be taking advantage of the situation. Instead of giving comfort to a homosexual, it will be giving discomfort to those who are not. Sexual abuse will inevitably rise for some while an increase in sexual activity will rise for others. That is lose-lose even if you can’t cope with talking about the morality of the issue.

Then there is the fact that they made the law read that you can change anytime. You can be a guy and go to the men’s bathroom today, feel like a woman and go to the women’s bathroom tomorrow, and then switch back the next day! Talk about confusion! What is forgotten is all the confusion that exists already in that time of life. What profession should I choose? Will I be successful? Do I have what it takes to make it? It is a time of swirling emotions and fears and so we add to the difficulty of that season of life by adding to the uncertainty! All those questions just get harder when we add this question to their plates–am I a man or a woman?

Then there is, to my mind, the strangest thing of all. Most who advocate the position would equally hold to a strong feminist position. Right up front let me say that while as a Christian I don’t hold to the more radical aspects of feminism, I do realize it was born out of clear abuses of women. Did you notice what will be the some of the worst possibilities from the above situations? Yes, the abuse of women.

Women want more sexual freedom (I am not advocating men should have more) and in getting it, they often get more abuse. How can you criticize what is labeled amoral? How can you advocate men not be bad boys when you are being a bad girl? Then there is a freedom that goes so far that you little need a man. So you get what you aim for–no man. Either he is not there emotionally or relationally, or not there in person. You find yourself alone in raising children and in life itself. Talk about winning the battle and losing the war! The effects are so deep that many men are ashamed of being a man. That pulls us down into that gender issue.

There should not be a gender issue. The Lord knew what He was doing when He made men and women. He knew how essential both really are. So that we would have one less uncertainty in our uncertain world, He chose this one for us. The happiness and protection for us all is in following His choice.

As Christians we should treat homosexuals in a Christian way. Many, sadly, have not.
The Christian and Gay Marriage