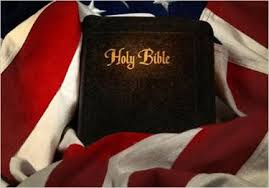 My dear wife Alicia and I have been discussing so many of these things. She is releasing a blog post simultaneously: Welfare Christians