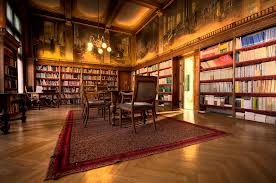 The question, this time posed by my friend Mark Fowler, concerns what commentary sets would be most helpful. The logic is that sets would give more coverage than accumulating individual volumes. So I approached the question as if my library burned down and I had to begin again, what would I first buy. (That, of course, assumes I could survive my library burning down. I probably couldn’t, but I’ll play along for this blog’s sake.) We are not suggesting that anyone would be satisfied with only sets as usually an author who specializes in one book of the Bible will often write the best commentary on it, but sets give me something on every book of the Bible (I plan a future blog posts on favorites for each book of the Bible). If I had few study books available, sets would then give me the most bang for my buck. I have more emphasis here on older sets. (See link at bottom for newer exegetical series).

The First Five Sets I Would Buy

1. The Expositors Bible Commentary edited by Frank Gaebelein in 12 volumes

As with any set by multiple authors, quality varies. But this gives you some depth as these would qualify as exegetical commentaries. Some are written by world-class scholars. Fortunately, the commentators are all conservative. (Remember a conservative scholar may not be as conservative as you and I, but I speak comparatively to their own world of scholarship). These volumes have been a blessing to me. Most authors in the set are premillennial, which is rather uncommon. Faithful searching may turn up the used set for $100-125. You could also build your set one at a time. This set has been updated and the new series can be found at the link below.


2. The Wycliffe Bible Commentary
Here’s a 1-volume commentary covering the entire Bible. Many such commentaries are of little worth, but you will find this one helpful. Read it at the beginning of your studies to take off correctly. This volume can be found cheaply.


3 .Jamieson-Fausset-Brown
May come in 3 volumes, or 1 volume in small print. Solid.


4. Bible Knowledge Commentary edited by Walvoord and Zuck in 2 volumes
Superior. No passage will be dodged.


5. Expositions of Holy Scripture by Alexander Maclaren
Just because he is my favorite. Check out MacLaren here.


With these 5 I would at least have something on every passage.


Other Sets I Would Try To Get Over Time

1. The Pulpit Commentary
A big set in 23 volumes. You will either really like it or you will think it is worthless. Preview before you buy. There’s a exegetical commentary section and a homiletic section.


2. The Preacher’s Homiletic Commentary
Another big set (31 volumes), but it reads a little quicker than the Pulpit Commentary. A few friends have told me they like it better. Both could help at the end of your studies when all that is left is adding homiletic spice. I’ve enjoyed owning both.


3. The Biblical Illustrator in 23 large volumes
Massive. Condenses in varying degree great sermons of the past. If you are this far down the list you better have some nice shelving.


4. Lange’s Commentary in 12 volumes
A fine set. Perhaps should have been in the first 5 above. Think older, but still helpful.

5. Barnes Notes in various sets
Some sets cover the OT, but Barnes only did a few of them. He did all of the NT. Well worth having.


6. Keil & Delitzsch in 10 volumes (OT only)
A little Hebrew to work around, but as good as any scholars of their day and they cover all the OT. A little dry.


7. Lenski’s Commentaries on the NT
It’s funny how dogmatic he can be at times–it reads like he’s right and you are wrong. Still, it’s really good.


8. Through The Bible by J. Vernon McGee
I have a soft spot in my heart for this set. As a teenager it was the first set I ever bought. He reads easy and says nice things. Pay attention to when he is off topic. Don’t emulate him there.


9. Bible Exposition Commentary by Warren Wiersbe
This is the nicer and quicker way to get his “Be” series. The OT volumes are better as he wrote them later. He grew as a writer over time.


10. The Expositor’s Bible
An old set that varies widely. Some are very poor while other volumes are outstanding. A few might rank as the best you’ll ever have.


11. Hendriksen and Kistemaker covering the NT
Superb! But doesn’t cover the OT. These scholars are reformed, but there is such a warmth to their writing (especially Mr. Hendriksen). They love the Scriptures they write about. I wish more scholars would use them as a role model.


12. John Phillips Commentaries
Steady and consistent in quality. I heard him preach once and was blown away. His volumes on Psalms and Proverbs are standout volumes.


13. Calvin’s Commentaries in 22 volumes
Don’t expect a treatise on Calvinism at all. The man was a brilliant commentator and we must give him his due even if we couldn’t subscribe to the theological system that bears his name. Yes he sees election as you would expect a Calvinist to see it, but he isn’t driven to find Calvinism under every rock as some modern Calvinist commentators do. He wants to discuss what the text actually says as a good commentator should.


14. John Trapp’s Commentary in 5 large volumes
Spurgeon loved this set. He said we could use it to spice up the whole dish. Rare and expensive. I got a deal and have enjoyed it.


There are other good ones. Grab John Kitto’s Daily Bible Illustrations if you can, as well as Bishop Halls Contemplations . You might like Gray and Adams, though I don’t use them as often. I just recently got the set Christ In The Bible by A. B. Simpson and he is good at seeing Christ. There’s The Expositor’s Greek Testament but my set stays pretty dusty. Alford on the NT isn’t too bad. The Speaker’s Bible is spotty, but at times a winner. Handfuls On Purpose by Smith and Lee is a set to look for sermon ideas, not a place to help you understand a text. Adam Clarke is well known, but I rarely consult his set of commentaries. Matthew Poole is better than you think. Bengel’s NT Commentary I find to be very good. A.T. Robertson’s Word Pictures is underrated in my opinion. Harry Ironside’s commentaries vary in depth of comment but are always good. Matthew Henry’s Commentary still has something to say after all these years.I may have forgot something. Perhaps there are a few sets I don’t have and so can’t comment on them. This blog post does not cover newer exegetical commentary series that are being written today.  We are covering the old standbys here.

You must be diligent in searching for bargains to assemble all these sets. I find it best to prioritize my want list, but be ready to jump if something comes along for next to nothing. Happy Bible study.