Harlow Giles Unger gives us another enjoyable presidential biography. This time it is on the underrated John Quincy Adams. Perhaps JQA gets overshadowed by his famous father, or perhaps it is because his actual term in office was a dud, but his long public career is in some ways unparalleled in our nation’s history. His life, without question, makes for sterling biography. He met George Washington and Abraham Lincoln!

His family life was interesting. He had a close relationship with his parents. He married a British lady and though he seemed fond of her, their marriage suffered deeply on several occasions. His leaving her at times while on political conquests surely contributed greatly to his problems. As a parent, he suffered both the deaths of some of his children, he watched others turn out as alcoholics. He knew something of suffering. Ha was, without a doubt, a believing Christian.

After a successful time as Monroe’s Secretary of State, he finally ran for President. He actually lost the popular vote to Andrew Jackson and was voted in finally by the House of Representatives. He took on several enemies at that time and he was never able to do anything as President. He was quite a discouraged man in those days and was an unpleasant and grumpy man.

Then he hit his stride. For years he became a Representative from Massachusetts where he saw himself representing the whole country. And represent he did! Many Southerners hated him but his skill in legislative procedure and constitutional law made him THE force to be reckoned with. He was the greatest champion of abolition from the founding of the nation till the eve of the Civil War. He knew before he died that the Civil War would come and, to his mind it was probably needed.

Unger draws a fine portrait of this man who lived his life on principle. How refreshing to read in these days. I learned that JQA was one of the really great ones in our nation’s history even if his term as President was largely forgettable.

Presidential biographies in the series. 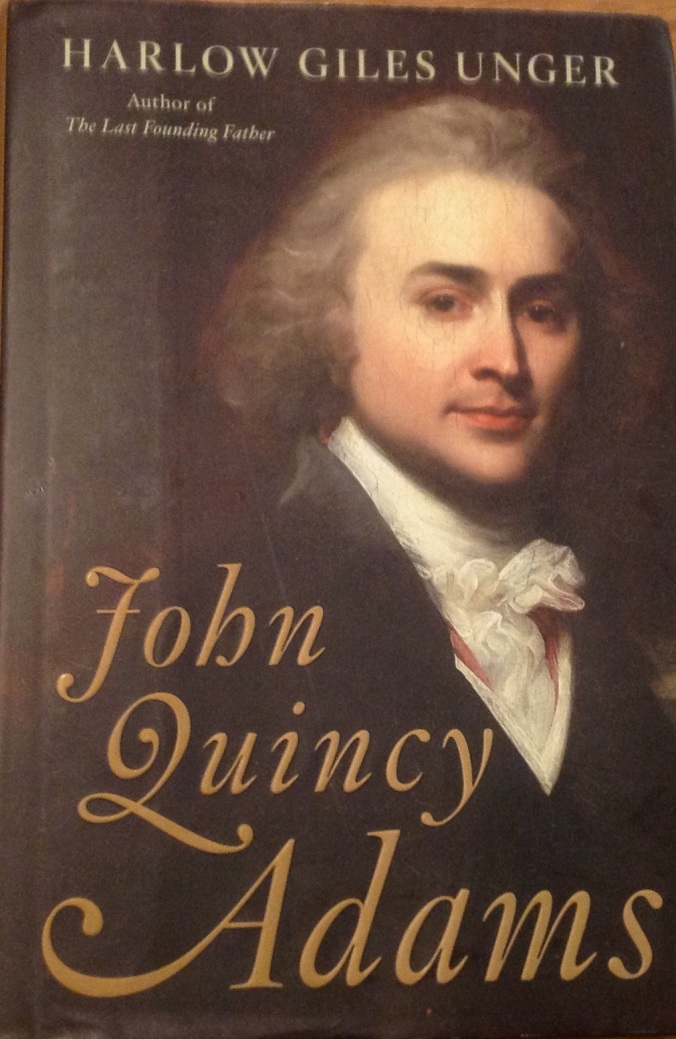 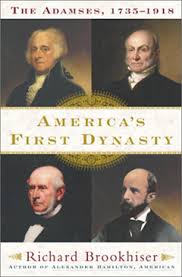 This volume is like presidential biography plus. You get President John Adams as well President John Quincy Adams. It doesn’t stop there as you will trace the family to its dissolution too. Living up to its title “America’s First Dynasty”, Richard Brookhiser gives us another of his fast-paced, brief biographies that are a joy to read.

Brookhiser writes well on John Adams, though I found him to be less sympathetic than David McCullough. The political and historical side were adequately presented, but his niche is clearly familial. This family with two Presidents certainly had a cadre of failures too.

John Quincy Adams was shown as the striking, successful character he was. It is interesting that John Adams had only one good son (John Q) and John Quincy in turn had only one too. It seemed to me that Brookhiser missed what made for the success in these cases: time from a father. This was clearly missing in the others who failed.

The rest of the book is almost depressing. Each generation lost sons (often to alcohol) who went really bad. The last Adams was Henry and his story was one of despairing of life. He had no children and the dynasty ended, though as you read, you will see it actually ended before.

This is a fine book and the succeeding generations do not, at least for me, take away any admiration for our two President Adams.