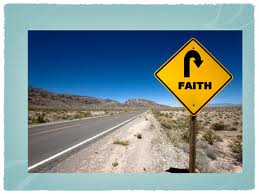 In recent days, a good friend of our family asked me about books she might read in the coming year to encourage her in her walk of faith. Then a college friend of my wife wrote asking about books that might help someone she loved who had faced hardship while trying to serve the Lord. I’d like to recommend 5 books that have meant the very most to me in this way. They all are true stories of what happened in especially tough times, times that make my bad times look a little puny. These books help get my head back on straight and remind me of what a wonderful Savior I serve. Here in random order:

Ms. Rose was serving the Lord as a newlywed missionary in New Guinea when the Japanese invaded. Her and her husband were taken to different POW camps and finally she lost contact of what happened to him. Her sufferings were horrific, but her faith was incredible. There were moments where turning on a God you couldn’t figure out for the moment would have been so easy and tempting, but she choose the path of following God when the results weren’t too positive. The warden of the POW camp was as awful as the worst villain in any novel. Wait to you read what happened to him! Powerful!

Mr. Bull was in China serving as a missionary when the Communists moved in. Things were going so well and then it all fell apart. He found himself incarcerated and down at times. He is real in what he felt and tells us so, yet we find His God is real. The Lord made Himself known in ways large and small. When one need would be met, another would quickly arise. Any old book by Mr. Bull will be worth your while. If you are as blessed by Mr. Bull as I am, you can also look for Tibetan Tales. That was the time before the Communists took over and he was a young man working in the fascinating area of Tibet.

3. Shadow Of Death by Lilli Schultze

A family tries to escape Europe as the Nazis took over. The Lord brought them through step by step, terror by terror. This family faced one of life’s greatest trials–seeing your family in danger and not having the power to stop it. The way they consistently turned to the Lord is extraordinary!

Mrs. Kuhn, a missionary herself tells the story of the Arthur Mathews family as they faced difficult missionary work and then had to flee China. The story is that it was literally one frustrating obstacle after another.  At times it seemed that the Lord had deserted them. They kept on trusting though they had feelings as we all would. The title is taken from Jeremiah 17:8. One of the best! Kuhn is a great writer. Look also for her biography By Searching which is also well worth your time reading.

5. The Autobiography of John Paton

Perhaps the best biography I’ve ever read! It is hard to fathom following the Lord with all he faced among the cannibals in the South Seas Islands. He had a thousand opportunities to quit serving the Lord and never did. When he had to guard the grave of his wife to keep the natives from digging up her body to eat it, you feel like quitting for him. He was betrayed often, his work collapsed over and over, and good results were elusive for such a long time. Finally, he perseveres to see the Lord honor him. Your faith will soar reading this book! Probably any biography of him would be good.

Look for a beautiful hardback edition published by Vision Forum (and now out of print) and re-titled Missionary Patriarch: The True Story Of John G. Paton that sold for around $20 (I saw cheaper used copies online). It would make a nice present or a family keepsake.

We need these type of books.

Obstacles are part of life. Frustrations abound in the Christian life. You and I are not alone. One thing I’ve definitely learned over the years of reading these books is that everyone who really served God in a meaningful way suffered hardship, often great hardship. Instead of thinking that God is just picking on me, I should realize that He is picking me out for something special.

Let’s read, remember, and press on to the finish line.

(Some of these books are in print, but also look on used book sites. Search Amazon, Ebay, and Christian Book Distributors. Happy hunting.)