Looking for an exciting historical read that at least acknowledges that the Lord works in the affairs of men? You will love the fast-moving story given by Jerome Corsi on the Siege of Bastogne. The action vivid, the characters real, this story comes alive in its 300 pages.

It is not, in my opinion, a Christian book. It is respectful of Christianity, though it even makes no theological distinctions between, for example, Protestant Christians and Catholics. The heroes from both (particularly chaplains) are presented glowingly, just as they should be, though the differences that will always divide are never mentioned.

What makes this volume be published by a Christian publisher (Nelson) is its recognition that God made the greatest move and the heroes of the battle are the first to admit it. Most importantly the weather, followed by fortuitous developments that were clearly beyond just good planning, and finally some smaller unexplainable events, worked together to show God’s favor.

Much is made of the prayer that Patton pushed out among the men, who clearly embraced it, and that thankfulness to God that followed the results.

The story of the incredible soldiers involved was well told too. Eisenhower listened to all sides and made the big decision. He was moved by the sometimes reckless Patton, whose unorthodox ways were made for this battle. Patton, a living paradox who was obsessed with God’s favor and prayer and yet cursed often and worked reincarnation into his Christianity, was the man of massive ego who yet pulled off the most amazing pivot northward of an army on record. General McAuliffe, the understated commander in besieged Bastogne, was a model of courageous leadership. There seemed to amazing courage, and as the title suggests, no greater valor, in every group involved.

I think you will enjoy this book. I recommend it. 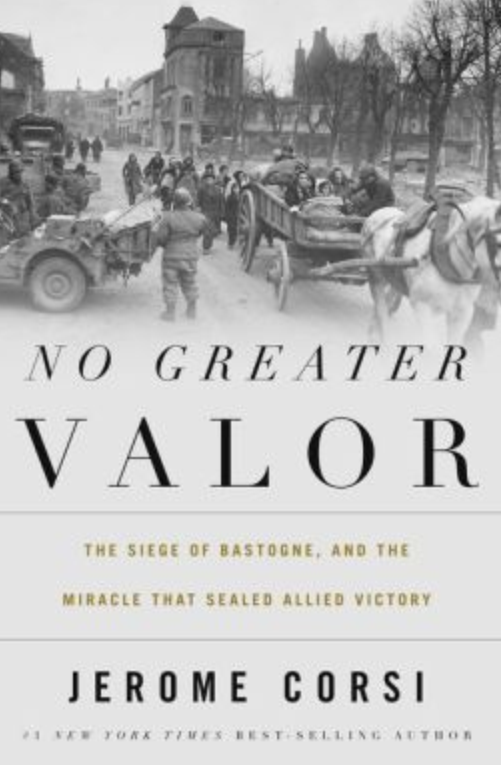