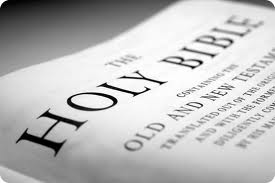 This doctrine has lived in the battleground for years. This was, of course, always  true, but since the 1920s it has reached epic proportions in the struggle between God and Satan. Were I the Devil, I too, would focus on destroying trust in God’s Word. Without that trust, how could you ever know what God really has to say to us? Then why pursue what could never be known? You see why this study is essential to Christianity itself?

There are many great books that help with the key to this doctrine: the inspiration of Scripture. Here are some that I find to be the most helpful.

1. Theopneustia-The Plenary Inspiration of the Holy Scripture by L. Gaussen

This book had such a strong influence on later volumes that held to a full inspiration of Scripture. Heavy perhaps, but so accurate in sharing the biblical position. A real classic.

2. The Inspiration and Authority of the Bible by B. B. Warfield

Perhaps the most well-known volume of all on the subject. It has graced the shelves of most conservative pastors since written. It would be a boon to the cause of Christ if more pastors read it today. Somewhat scholarly in tone, but worth mastering.

I read this 20 years ago and it really helped me. It makes a very understandable case for an inerrant, infallible Bible. He really wrote with passion. He was criticized by scholars for having a position they labeled as “mechanical dictation”, but what he wrote really corresponds to what the Bible says. The last part of the volume was about translation and his position has made this book fall from favor with independent Baptists, but the bulk of the book is fine no matter where you fall on the translation issue. You might enjoy the 2 volumes he compiled on the subject, The Sword Book of Treasures and A Coffer of Jewels, as well.

4. The Savior and the Scriptures by Robert Lightner

He makes a powerful case for inerrancy in a shorter volume. Not as deep as some volumes but very helpful. Teachers and preachers will especially enjoy his contribution.

5. The Inspiration and Authority of Scripture by Rene Pache

If you need to teach this subject, you will find this volume very accessible and helpful. I recommend it.

Other volumes of note:

You might like Inspiration of Holy Scripture by Robert Haldane as it makes a strong case (look for the beautiful Klock & Klock volume now out of print). Has God Spoken? by Hank Hanegraaff is written in a popular style. Here’s some others I consulted in varying degrees: The Story of the Bible by Frederic Kenyon, Thy Word Is Truth by Edward J. Young, The Old Testament in the New by S. Lewis Johnson, Jr., All About The Bible by Sidney Collett  (Different), The Battle For the Bible by Harold Lindsell, Inspiration and Interpretation edited by John Walvoord, and God’s Inerrant Word by John Warwick Montegomery.

1. The Canon of Scripture by F.F. Bruce

So very helpful. I couldn’t agree with every conclusion but much insight is gained in reading this volume.

2. Inspiration and Canonicity of the Bible by R. Laird Harris

Extremely helpful and so I highly recommend this volume.

I am a Received Text man and recommend The Identity of the New Testament Text by Wilbur Pickering. I really enjoyed Burgeon’s Warnings on the Revision by D. A. Waite. I’d love to secure Dean Burgon’s writings some day. You might enjoy A Brief History of English Bible Translations by Laurence Vance.

I must say a word about some unhelpful pro-KJV writings floating around that have done the KJV and the TR (Textus Receptus) more harm than anything out there. Never use nonsense to prove a point when you actually have logical points. The racist, cruel writings of Peter Ruckman as well as the dishonest scholarship of Gail Riplinger are an embarrassment to all independent Baptists. We have much better. As I often do, I read from the other side to fully hammer out my position. The King James Only Controversy by James White and The King James Version Debate by D. A. Carson, both warm-hearted believers whose writings I have enjoyed at other times, wrote calmly, though I personally wasn’t persuaded by the minority text position they espoused. I still think that a majority of manuscripts is the best checks and balances to combat error in the text and so I follow the TR myself. Plus what God’s people have believed to be God’s Word for centuries carries much weight to my mind.

I pray you enjoy studying this great doctrine on the Book we can build our lives on!

Books on Studying the Bible