Have you ever wrestled with Romans 7? Are you aware of the battleground that exists upon the soil of its meaning? Would you like a little help? This volume edited by Terry Wilder, and published by B & H Publishing, clearly defines the battle lines and gives us enough detail to form our own opinion. I can hardly think of a better approach than bringing 3 writers who each strongly hold to one of the main positions, and letting them write and engage with passion while maintaining Christian respect for each other.

Grant Osborne writes in favor of 7:14-25 representing Christian experience after salvation. Stephen Chester tackles the idea that those verses are Paul’s description of wrestling with sin prior to conversion. Mark Seifrid argues that it is not really autobiographical at all, but simply one standing before the Law. Finally, Chad Brand concludes the discussion by addressing how we might use this passage pastorally.

The value of this book is that instead of shouting out rhetoric, or worse, invectives, they dig into the text itself. That approach made them, in my opinion, worth listening to. They each shot a hole or two in the other’s arguments, and they were never careless.

I came into this book already adhering to Mr. Osborne’s position. I left it the same. While it might be disingenuous to say that I am only stronger in my position now, I was enriched by all three and had to interact on all the issues around the edges. In short, I feel much better about my position now and owe a debt to these authors for it. Mr. Brand’s conclusion was masterful too. I loved it.

I love this style of book as well as this approach to studying issues that are often debated. I highly recommend this volume. 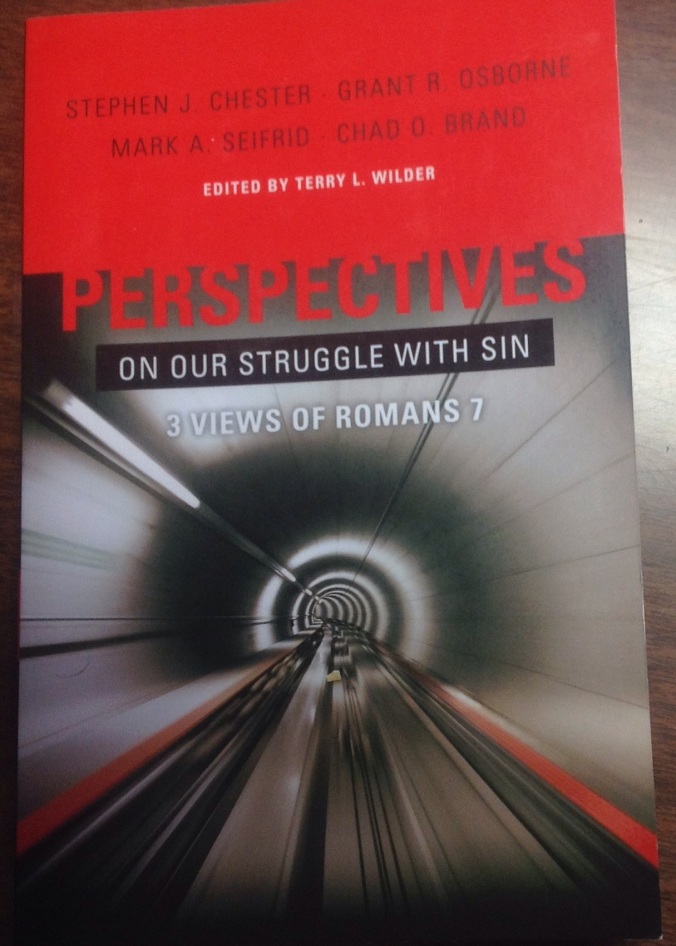 One thought on “Perspectives On Our Struggle With Sin: 3 Views Of Romans 7~Book Review”