How often have we heard within the Independent Baptist world the claim that we are on “the old paths”? Or better yet, have often do we hear of sermons on

Jeremiah 6:16
Thus saith the Lord, Stand ye in the ways, and see, and ask for the old paths, where is the good way, and walk therein, and ye shall find rest for your souls. But they said, We will not walk therein.

in periodicals or at conferences? No matter the preacher, the sermon is usually the same. We must stick to “the old paths.” Since that is a verse of Scripture, that verse, of course, must mean something we ought to know. My question is simple. Could the passage given in the time of Jeremiah mean what we are told it does? Are we hearing a reasonable application of the text?

Well, what are we often told it means? After the admonition to stay on “the old paths”, we are given a list of points to define the old path. The list rarely varies from things like worship styles, or shouting, or clothes, or music, or acceptable entertainment. Strangely, the great fundamental doctrines, except maybe the Blood and the Book, are never mentioned, just these peripheral things. Are we only defined by these things? Are these things what Independent Baptists now are? Sadly, some are starting to think that very thing of us as we become just a caricature instead of what we should be for Jesus Christ.

If this weren’t bad enough, these “old paths” aren’t that old! If you look closely, they resemble the 1950s. In that I have known several people in my life that were pre-1950s, I find it a little laughable that I am asked to follow these “old” ways. If you don’t believe me, just find some pictures from the 1950s and see the resemblance! How did that time period become the standard? How did it become tantamount to the old paths of the Bible?

Do you suppose Jesus might be the better standard to determine “the old paths”? I mean He is both the Ancient of Days and the Way, the Truth, and the Life. Did you know that He often had the charge, in one form or another, leveled at him that He didn’t follow “the old paths”? Those “old paths” of Sabbath regulations, or tithing of something as small as little herbs, or hand washing regulations, and on and on, enraged many against Christ. He ignored them as you would a fly on the wall.

He followed something better, something far older, something truly timeless–His revealed Word. Nothing hatched later and passed off as His Word would ever detract Him from following the real “old paths.” No matter what anyone else says, I think it is time we follow these old paths of love, redemption, truth, and grace. This is “the good way”. This is the way we should walk. This is where we will “find rest for (our) souls”.

Those other paths? While they are called “the old paths”, we find they are at best a detour. Despite what we are told, they will not take us anywhere desirable to go. Even if you want to argue they aren’t actually bad, just remember they won’t take us where we desperately need to go–the arms of Jesus Christ.

I want “the old paths”! I want nothing less than “the old paths”! I just don’t want someone to switch the signs and find we are on the wrong path after all. In many cases in our Independent Baptist world, the signs have been switched. I appeal to you today to look at Jesus, to what His Word actually says, and ask for those “old paths”, and start walking today!

FIND ALL POSTS IN THE SERIES HERE: 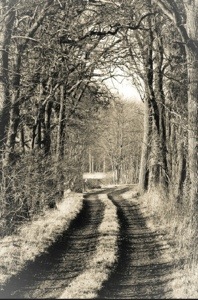