It may be the worst label of all. It is the first word that comes to mind for one severely hurt in religious circles and the last one anyone wants to hear hurled at them. While many in the Independent Baptist world are appalled at any hints of cultish behavior, others in it deserve no less than to be called members of a cult.

I suppose cultish behavior is more easily spotted from a distance. There is, apparently, a blinding effect when you are in the middle of it. Looking over into some other group you would say they are whacky, but if you are in it you often feel these abnormalities obvious to everyone but your group are the very essence of Christianity.

May I suggest a few alarming signs that you might want to consider in determining where you are today?

It is our obligation to attempt to understand our Lord’s heart as shared in His Word on all important matters, but this mentality is much more than that. We are right because we are the right group. When that subtle line is crossed it is often accompanied by intellectual suicide and a replacement of God’s voice by political pronouncements. You should study God’s Word until you feel confident about your position, but the day you are right because you line up so well with some group is the day you betrayed Christianity (and Christ) and started grazing in cultish pastures.

2. Your group turns inward and becomes closed minded to any discussion

Perhaps you could make a biblical argument for fencing out sin, but fencing in your own people as if they were both too stupid and too unspiritual to be trusted to follow the Lord becomes the day you allowed cultish behavior to control you. Whether you are the fence builder or the one fenced in, you breathe cultish air.

3. Your allegiance is to a man or group

Christ is The Lord! I can hardly believe more would ever need to be said on this subject, but many preachers rise up and usurp the loyalty that should only be Christ’s. I mean only He purchased it with His Own blood! How many times can a phone call from some big-shot preacher totally alter the course someone is on. This is the one thing that grows until we have someone like Jim Jones leading a whole group to drink the poison-laced Koolaid. That is a cult in full blown, and though it may not be this far, any transference of the Lordship of a Christ is putrid and evil.

4. The distinction between the law of God and the law of man is blurred

Cults thrive where men can say “Thus saith The Lord” when He actually did not and people can not even tell the difference. It becomes fertile soil for cultish errors to grow.

5. Man made rules start defining us

A holiness that springs from God’s clear Word is always positive, but a pseudo-holiness based on extra-biblical rules always corrupts. We had better check and see if what we vociferously proclaim actually can be found on the pages of the Bible. To be known as the group that doesn’t allow ____ may mean we are already a card-carrying member of a cult.

There are things I have knowledge of (many email and Facebook messages by this 50th article) that are absurd and should be seen instantly as unacceptable and unchristian, yet they go on day after day. Some folks are chewed up and spit out on the ground, but the abusers just turn to a new victim without ever being held accountable.

There are many who would define for us exactly what Christianity ought to look like, but does it resemble what Jesus did those 3 1/2 years He ministered on this earth? If it doesn’t, I think you have your answer!

There may be other items that could be added to this list, and readers may very well add them in the comments section, but these seven alone would probably be enough to tell you if you have drifted into a cult. 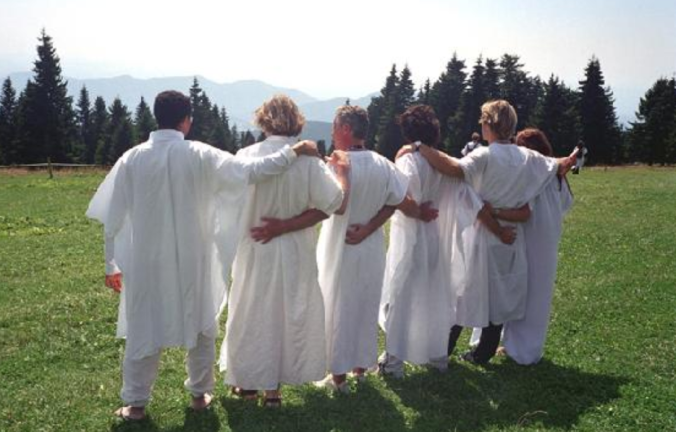